There exist many numbers of ways for a company to raise funds and use them for further development or expansion of businesses. A firm opting to raise capital can choose between a long wait for the profits to multiply or connect with an investor for financial support.

Initial Coin Offering or ICO is one of the dynamic ways to raise capital for individuals or startup companies operating with blockchain technology. ICO is similar to IPO, a traditional public offering. ICO allows enterprises to exchange unique cryptocurrency tokens with pre-existing digital cryptocurrencies with potential investors.

When ICOs became a huge hit, lots & lots of fraudulent activities started to register on ICO projects that lead to the failure of ICOs. Because of this, blockchain developers & investors began to shift from ICO to a more powerful and highly efficient fundraising program, the Initial Exchange Offering (IEO).

For people who lost interest in ICOs, IEO is a much better option to opt for. IEO is an updated version of ICO that best suits for crypto and blockchain-related projects. Though IEO and ICO follow similar principles, there are a lot of advantages and features in IEO, when compared to ICO.

The first & foremost is that IEO offers digital tokens via an exchange platform to the individual investors instead of direct dealing. Having an exchange portal by their side provides developers wider access to funding resources.

The second factor that differentiates IEO from an ICO is the terms of project participation. ICO is public, that is, everyone can participate whereas, in an IEO, only members of that specific exchange platform can buy the offerings. A benefit is that it is very easy to participate in an exchange.

Last but not least — the token issuer in an IEO pays a fee to the exchange provider, which makes the platform to sell new digital tokens and to list them on the exchange immediately after the fundraising program is complete. In some cases of an ICO, a few coins are never listed on the exchange platform.

From the aforementioned factors, it is evident that IEO addresses various issues that recur in an ICO.

In short — Why investors and companies prefer IEO?

Buying & holding tokens in an IEO are more standardized. There are a lot of measures to be followed in an ICO when compared to an IEO.

IEO transactions are far safer as they permit uniquely mined coins to be available in the exchange in the future. This proves that the tokens offered in the IEO are more reliable and legit than in an ICO development.

Along with that, exchange providers will conduct the KYC and AML analysis that adds an extra layer of protection and prohibits illegal investors from acquiring exchange partnering membership. These analysis processes provide all parties (including developers & crypto traders) with the confidence to participate in the exchange without considering frauds, scams, and counterfeiters.

Apart from providing a secure layer from doubtful potential investors, IEO is also capable of aiding participants with the power to increase the existing user base platform.

IEO the updated version of ICO or more than that? 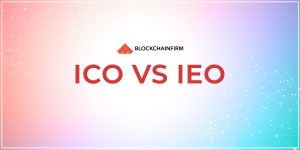 There exist many numbers of ways for a company to raise funds and use them for further development or expansion of businesses. A firm opting to raise capital can choose between a long wait for the profits to multiply or connect with an investor for financial support.